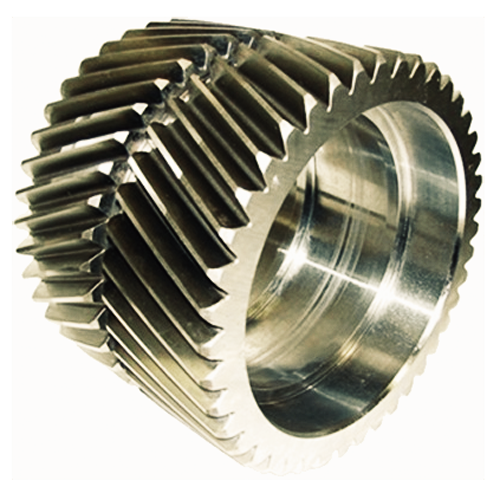 A Helical Gear is a cylinder with teeth that spiral around the diameter, instead of being straight (as in a spur gear). Helical gears usually turn shafts that are parallel to one another. Helical gears will run smoother and quieter than spur gears.

A Double Helical Gear is another name for a herringbone gear (a side by side combination of two helical gears of opposite hands).

Stahl Gear & Machine Co can custom manufacture or repair your helical gear and pinion for almost any application.

If you are looking for custom made manufacturing services of worms gears or emergency repairs, contact us for more information or to schedule your service.