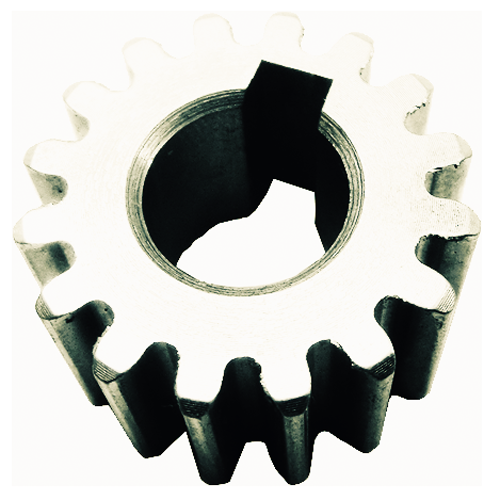 A Keyway is a slot in the bore of a gear corresponding to the slot milled in the diameter of a shaft that fits (usually tightly) together with a square (or rectangular) key aligned with the two slots, eliminating slippage between the two members. There is usually on keyway, but often there is two at 90, 120, or 180 degrees apart. Sizes as large as 4” wide can be manufactured. Odd sizes and metric sizes can also be produced.

Splines are sometimes used instead of key and keyway gears. Splines are either straight (as in multiple keyways equally spaced) or involute (as in gear teeth).

If you are looking for custom made manufacturing services of worms gears or emergency repairs, contact us for more information or to schedule your service.